To have the optimal experience while using this site, you will need to update your browser. You may want to try one of the following alternatives:

Why Is SERVPRO a New York City Water Restoration Leader? 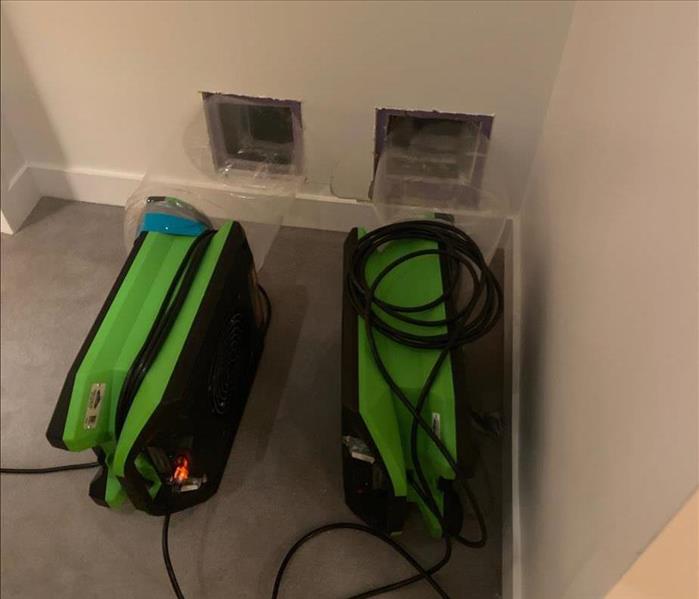 Water restoration service from beginning to end is SERVPROs advantage over other restoration companies. We specialize a personal assessment every time

Perhaps you are well-informed on the source and storage of water in New York City. On the other hand, you might not realize the function of the many conical-topped structures on the tops of buildings throughout all five boroughs. New residents and visitors have questions about the quaint-looking edifices. Similar to small towns throughout the United States, New York supplies much of its potable water through thousands of water towers atop commercial and residential properties in the city.

Why Does New York City Use Towers to Store Its Water Supply?

The water towers solve a water pressure problem that first arose in the 19th century. Like other metropolitan areas in the country, New York City made the most of valuable land in densely populated urban areas by building up rather than out. Story by story, the new skyscrapers appeared, striking a modern pose that presented a challenge. Buildings that climbed higher than six levels prevented the easy transport of water to the new lofty heights of the period’s commercial and residential icons.

New York City imports its water from upstate reservoirs, often created by the flooding of valley towns well over a century ago. The water travels to the city via waterways, aqueducts, and piping using a downstream gravity system. When it enters the city, the pressure built up over its journey forces water up the six stories mentioned above. Rather than using pumps to move water to individual units, the choice was to install water towers near or at the top of higher buildings. Pumps fill the overhead towers, which then again use gravity to serve the residences and business below.

What Is Their Capacity and How Are the Towers Constructed?

About 15,000 tanks supply water in NYC currently. Each tank holds about 10,000 gallons and has an internal system that keeps track of water levels, often a regulator valve or more advanced technology such as electronic probes. Tank-makers use yellow cedar or California redwood to fashion the water towers.

Tank companies in the city now include only three:

Who Can Help with Water Supply Leaks in New York City?

The need for water restoration in New York City can vary from the minor inconvenience of a slow leak or tub overflow caught early to the devastation of a water tower rupture on top of your building. Our team can scale our response to the level needed for your circumstances, why SERVPRO delivers excellent outcomes:

Water restoration efforts can be simple and straightforward or complex and many-phased, why SERVPRO of Lower East Side Manhattan supervises comprehensive restoration services to return your property to full functionality. Call (917) 426-0629 to learn how we can help.